This explainer video for the Department of Employment created by Laundry Lane is unique as it has no voice-over or verbal cues. The video relies purely on the visuals and the sound effects to drive the narrative of the video as well as inform and educate the audience on SelfStart and its services. This video proves that all forms and variations of audio and video can be used to suit a business and support their message and aim.

The brief was to create a short and engaging video to encourage people to be their own bosses. It had to be primarily text driven, since it is going to be played with no sound. This mean no voice over was required.

We used plain colours, extremely simple graphics and words merged into the scenes for a quick and directed reading. A clear example of this is the words ‘steps’ is actually the first step, which draws the eye path towards the text.

There were no great challenges with this project, we had freedom and the limits imposed by the client, the short length and no voice over, drives the creativity and helped the project flow. The script was very simple, clear and we worked really well with the client with kited changes throughout the creative process. One of the challenges was the fact that the video had to be dynamic and at the same time give time to build script in the audience’s brain, picking words from different scenarios, so by the end the message is delivered. But again, the videos is going to be shown in a loop, which gives all viewers an opportunity to understand the message the video aimed to achieve.

While the video was not going to be presented with sound, the video was also going to be posted to social media, which meant there needed to be a sound element. The music helps with atmosphere to engage the audience and create a mood, and the use of sound makes every scene easier to be quickly understood.

Finished brainstorming for your concept? Now may be the time to hand your video production to the professionals at Laundry Lane Productions. We are a creative collective of talented filmmakers,animators, producers, and experts in video production for multiple industries. Whether you intend to produce a health infomercial or a corporate training video for new hires, our creative team can provide real results for your video project.

Get in touch with the leading video production company in Sydney, Laundry Lane Productions. Contact us through our email form or call us on (02) 8096 5431 for more information. 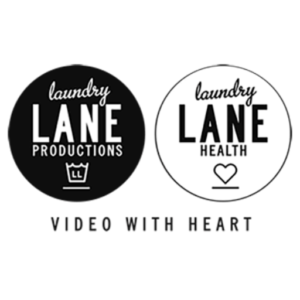